Institute for the Science of Religion 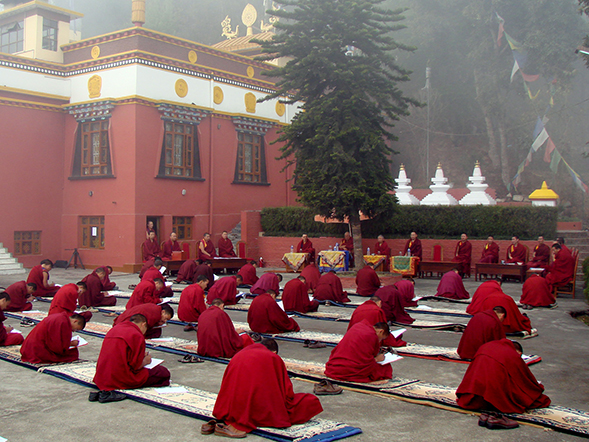 Religions contribute fundamentally to the shaping of societies nowadays, with progressively more observable ramifications both at local and global levels. A case in point is the way in which religious semantics determine contemporary and current political issues. Hence, theoretical and empirical investigation of religious topics hold a key position in the field of Science of Religion. The discipline deals with religion from the vantage point of cultural studies and thereby explores its cultural, social and historical contexts. It does so by approaching the object of investigation from an external rather than internal perspective. It follows, therefore, that the Science of Religion as a culturally and historically oriented research topic does not investigate “religion” as a hidden truth pervading all phenomena, but as a socially constructed set of religious world-interpretations with specific social contexts.

For the latest News and Events please visit our German site (link at top of page).

University of Bern
Institute for the Science of Religion